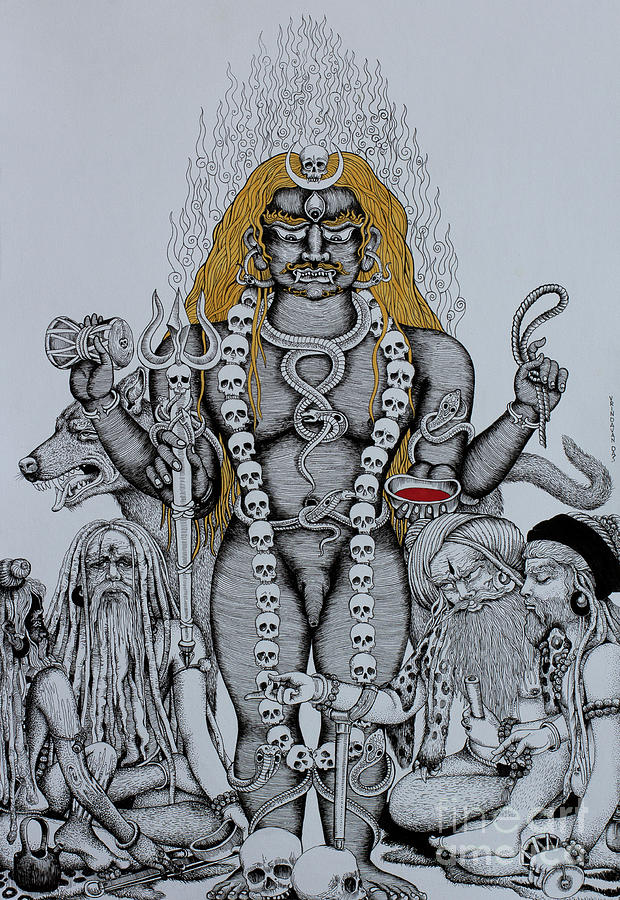 This original painting is currently for sale.   At the present time, originals are not offered for sale through the Vrindavan Das - Website secure checkout system.   Please contact the artist directly to inquire about purchasing this original.

Bhairava is a Hindu Tantric deity worshiped by Hindus. In Shaivism, he is a fierce manifestation of Shiva associated with annihilation. In Trika system Bhairava represents Supreme Reality, synonymous to Para Brahman. Generally in Hinduism, Bhairava is also called Dandapani (as he holds a rod or Danda to punish sinners) and Swaswa meaning "whose vehicle is a dog". In Vajrayana Buddhism, he is considered a fierce emanation of boddhisatva Mañjuśrī and also called Heruka, Vajrabhairava and Yamantaka.