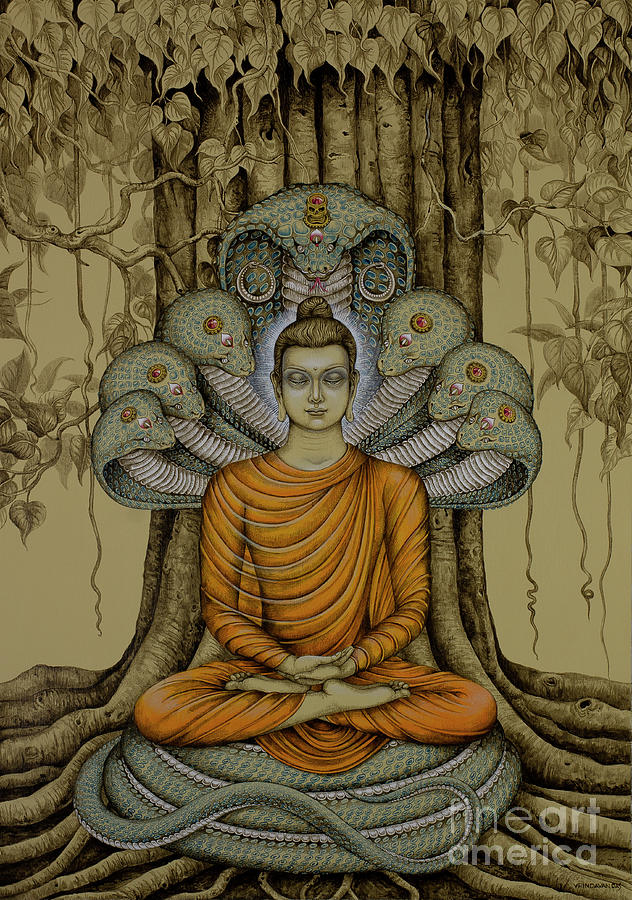 This piece has been already sold.   Please feel free to contact the artist directly regarding this or other pieces.

Buddha Shakyamuni Siddhartha Gautama according sanata dharma (hinduism) believe is 9th avatar of Shree Vishnu.
Buddha Gautama is the founder of the Buddhist Dharma. He lived and taught in India in the sixth century B.C.E.
Gautama Buddha was preaching Dharma or his teaching after his enlightenment under Bodhi (Pipal) tree in Bodh Gaya
Mucalinda Nagaraja snake - like being , who protected Gautama from the elements after his enlightenment . it is said that four weeks after Gautama Buddha began meditating under the Bodhi tree, the heavens darkened for 7 days, and a prodigious rain descended.
King of Serpents Mucalinda came from beneath the earth and protected with his hood Buddha from celestial reins
After when great storm ended Nagaraja took human form and bowed before Buddha and returned in joy to his abode

Congratulations for your great art and a great sale!