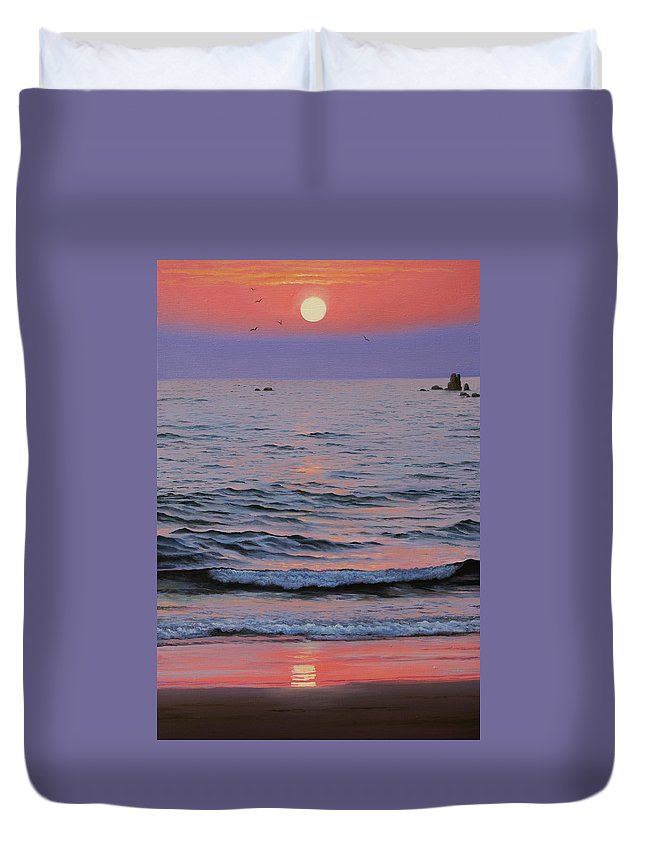 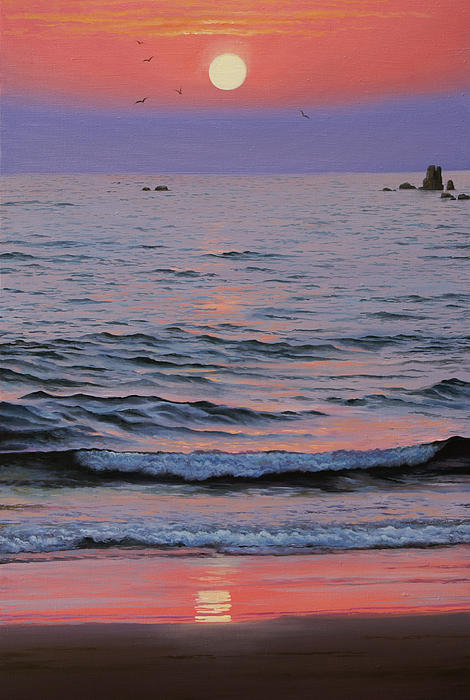 Boundary: Bleed area may not be visible.

Click and drag to re-position the image, if desired.

The image is near the edges of the product but doesn't cover the entire product.   Some of the background color may appear around the outside edges of the image.

Queen duvet cover (88" x 88") featuring the image "Indian ocean" by Vrindavan Das. Our soft microfiber duvet covers are hand sewn and include a hidden zipper for easy washing and assembly. Your selected image is printed on the top surface with a soft white surface underneath. All duvet covers are machine washable with cold water and a mild detergent.

Vrindavan Das attended P.P.Benkov art college and terminated studies in 1987 and obtained an oil painting degree. He traveled to India in 1996 and studied Vedic culture. There he participated a painting project in a Vedic cultural center in New Delhi. He also cooperated with painting projects in Belgium, U.K and U.S.A. He held an exhibition in Dharmasala (Himalayas) and Moscow (Russia). His paintings are in various private collections in the West and in India. His artistic research centers on relationship between human and the divine. He tries to blend western technique with eastern miniature. You can see profile page of Yuliya Glavnaya, student of Vrindavan Das. She presented paintings about buddhist and vedic culture as well as...